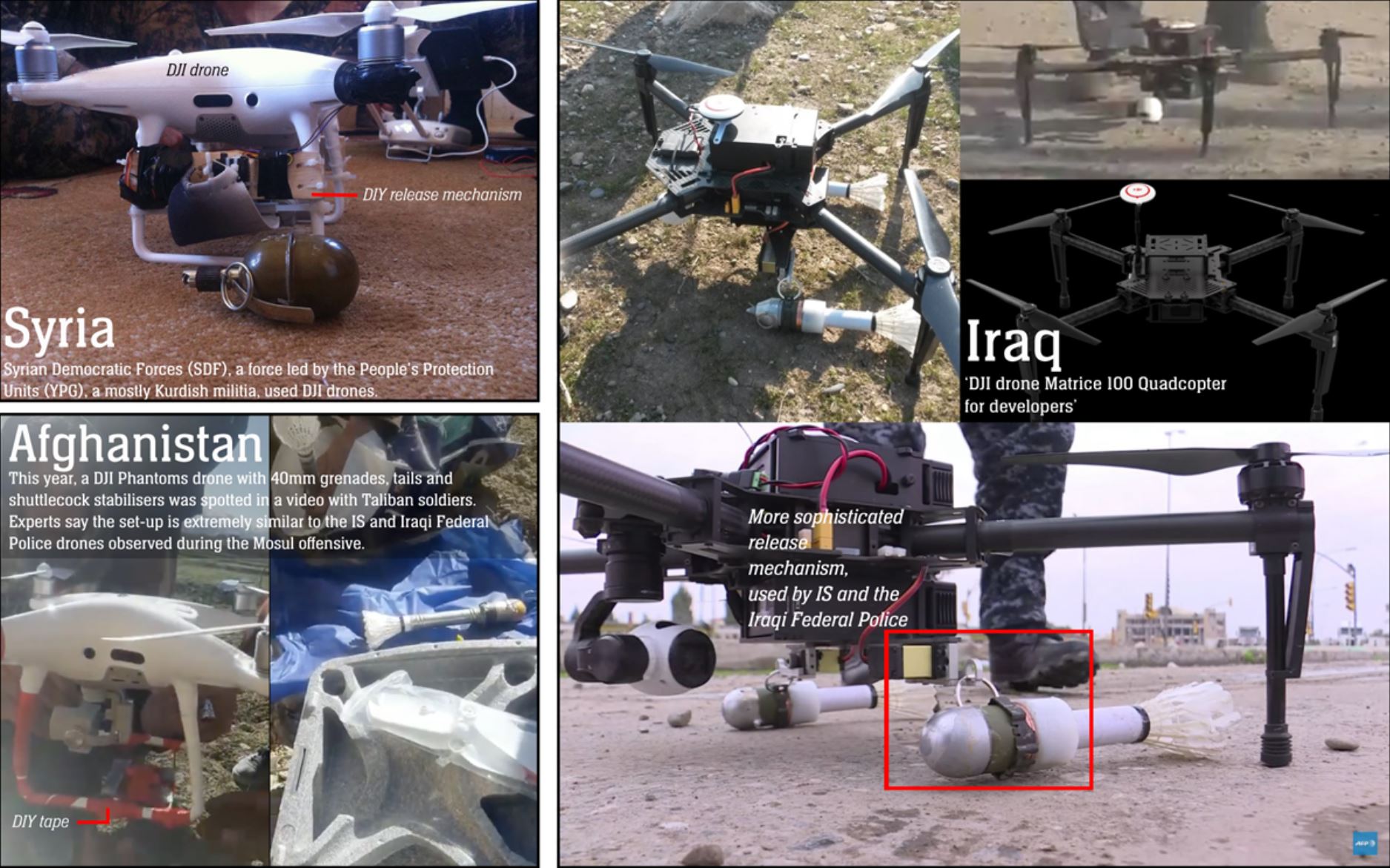 A Chinese commercial drone manufacturer allows its products to keep reaching rebel groups in the world’s trouble spots. Those groups use them to attack, stir fear and spread propaganda. An E&T open data analysis shows why the practice continues.
Hobbyists are having a lot fun modifying drones and they post their tutorials online. Hundreds of them show how to retrofit consumer drones with remote-controlled drop mechanisms to release devices in mid-air.
But the hobbyists aren’t alone. Inspired by the same logic, rebel groups in battle zones such as Syria, Iraq, Yemen and now Afghanistan, retrofit drones to drop explosives on human targets, spreading fear and feeding a growing propaganda machine
READ More