following their highly anticipated use as air taxis in paris, volocopter’s ‘volocity’ electric VTOL (vertical take-off and landing) aircraft may also be used as emergency air rescue vehicles in the near future. their multicopters – VTOL aircraft with several electrically powered rotors – will significantly improve emergency care, especially in rural areas, a study finds.

‘the volocity is the first multicopter worldwide that is already in the process of commercial certification, and together with ADAC luftrettung, it could already save lives today,’ states florian reuter, CEO of volocopter. 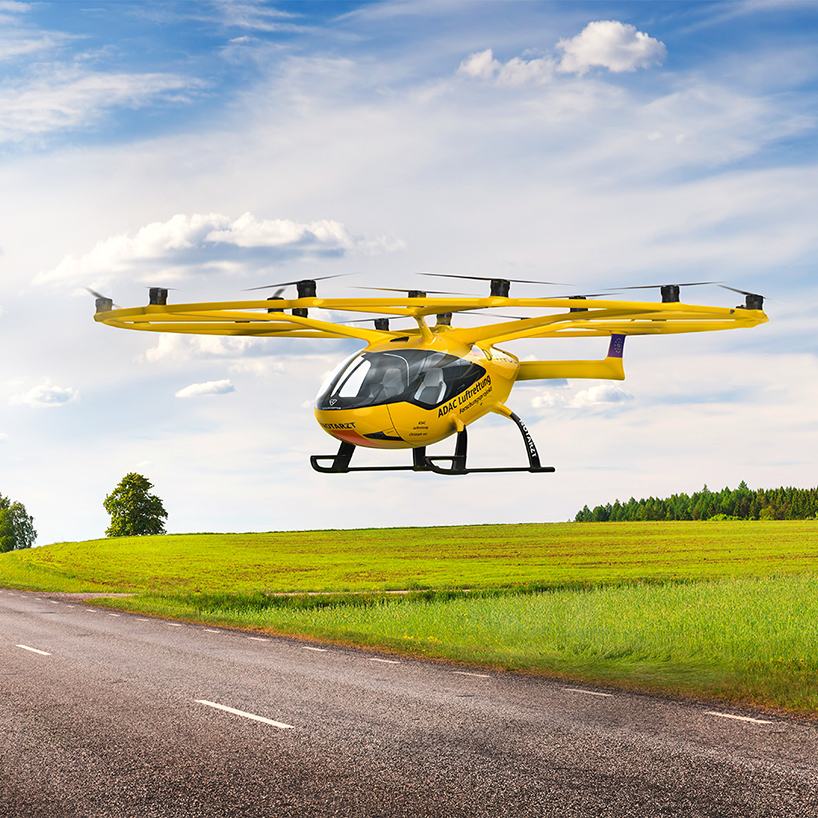 all images courtesy of volocopter

together with ADAC luftrettung and volocopter, a feasibility study highlighted the significant benefits of air rescue with multicopters. it focused on answering whether the rescue service system can be improved and made future-proof by using multicopters as transport for emergency doctors. rescue helicopters would not be replaced, but the new system would complement the rapid assistance and enable helicopters to work more effectively by solely transporting patients rather than first response doctors. 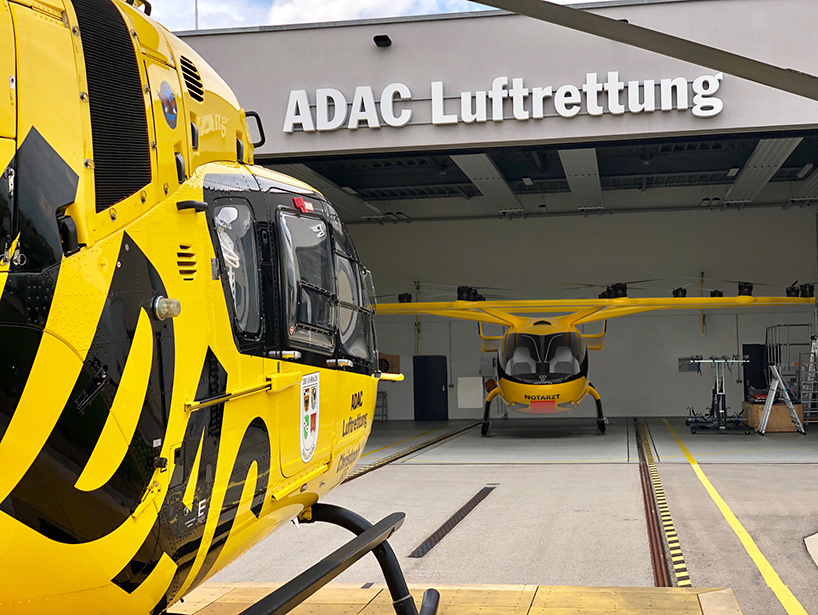 using multicopters for air rescues presents many more benefits; it would aid emergency care for an operating radius of 15.5 to 18.6miles (25 to 30km). optimal flight speed has been concluded at between 62 and 93mph (100 and 150km/h), and a minimum range of 93miles (150km). emergency physicians could be at the scene of an emergency twice as fast in rural areas when compared to conventional emergency medical service vehicles. they could also reach around two to three times as many patients. 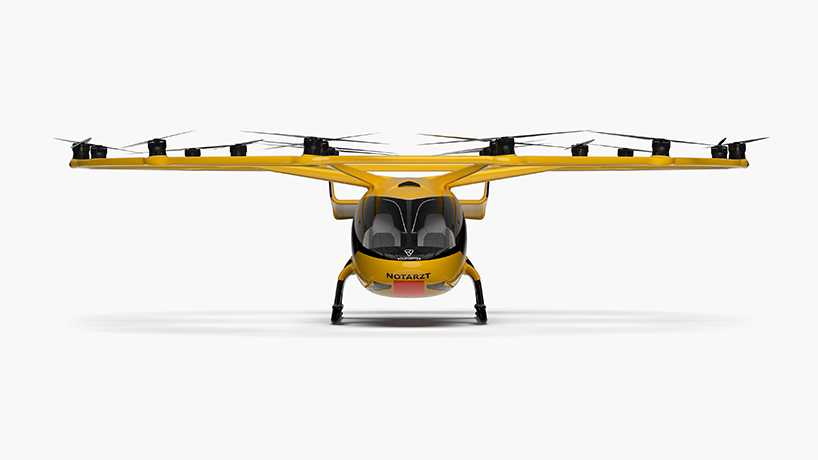 ‘today we are convinced that multicopters can help shape and improve future rescue services. the results are so promising that we will pursue operational testing of the project,’ announces frédéric burder, managing director of the non-profit ADAC luftrettung.

with the successful study of using multicopters like volocopter’s ‘volocity’ for air rescue, operational testing is planned for 2023. the two existing model regions will be used: the ansbach resuce service area and the ADAC air rescue station in dinkelsbühl, bavaria. 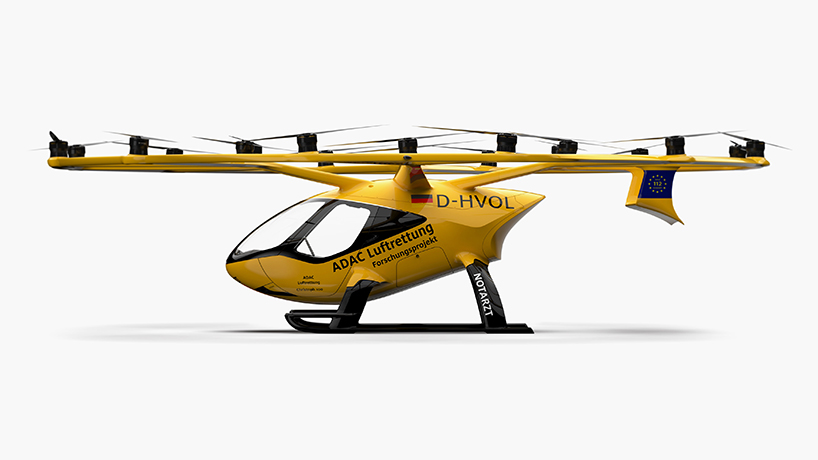 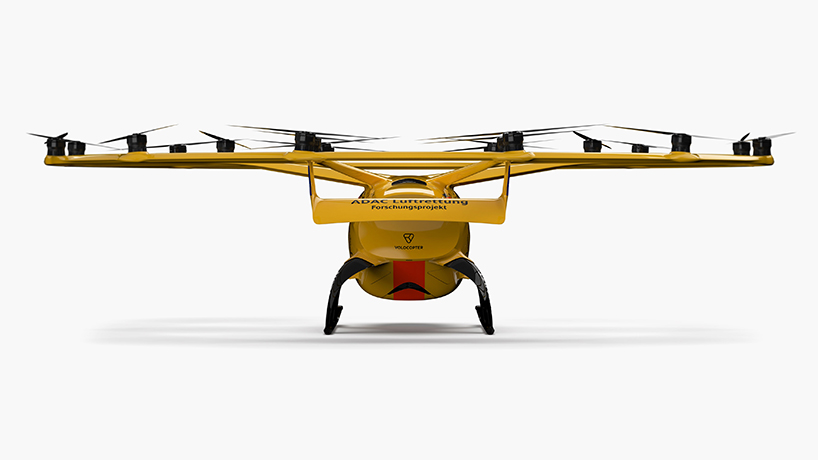