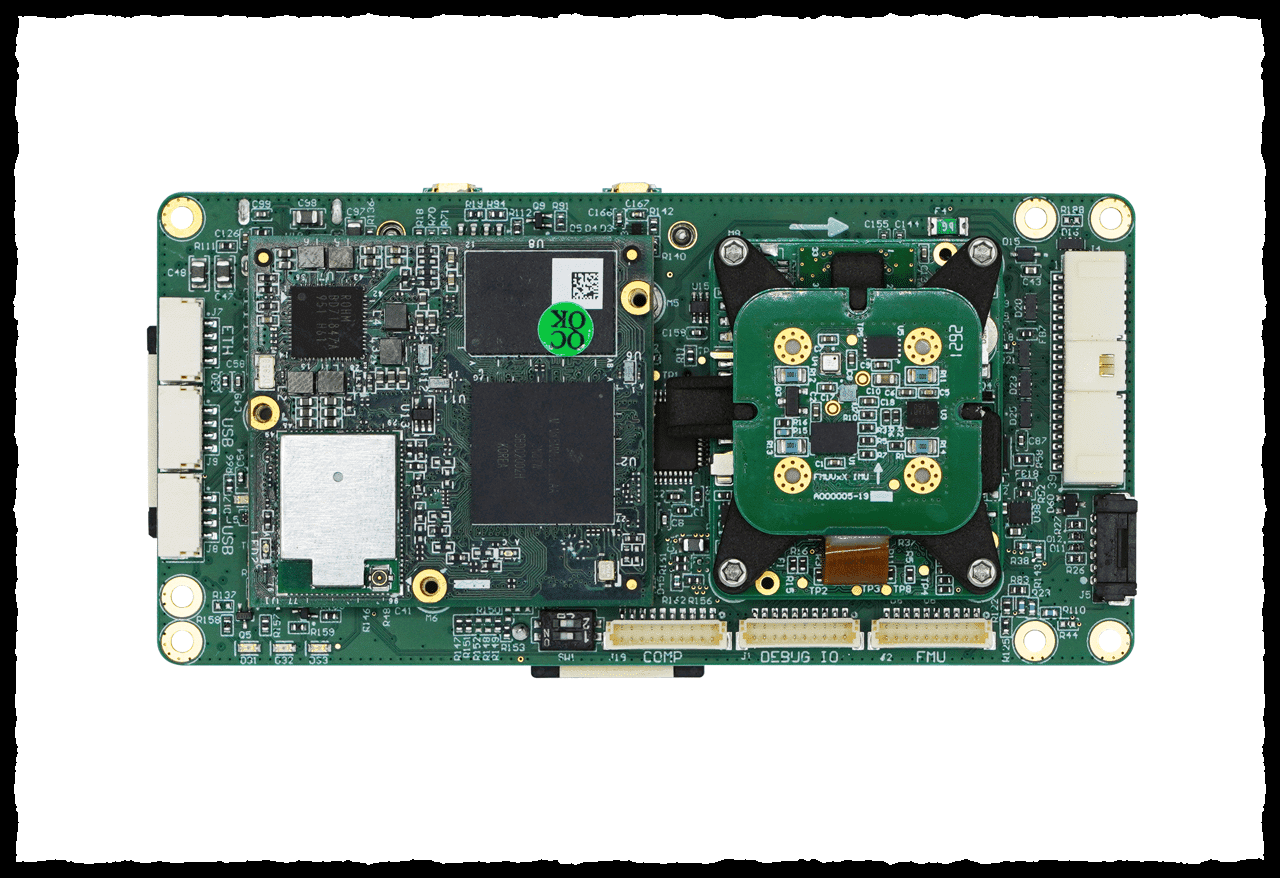 This is not Hard! Drop your china love affair and step up!

DJI is not US friendly!

The options are already available to Build Blue.
Stop with the excuses and realize DJI is not a friendly company to the US.
Let”s explore the available options today in the “Not china made” class drones and drone technology. How about some examples on competing technologies and options to meet the legal demands imposed

Even the Lost Biden admin got this right.

On Sept. 8, 2021, Deputy Secretary of Defense Kathleen Hicks signed into effect updated guidance for the procurement and operation of its Unmanned Aircraft Systems (UAS).
Mitigating the threats posed by small UAS, including Da Jiang Innovations (DJI) systems, remains a priority across the department. Reaffirming the department’s recognition that certain foreign made commercial UAS pose a clear and present threat to U.S. national security.

We’ve seen this before!

What has happened in the drone relm is what has happened in the consumer products market over the past 2 decades. Our corporate masters have sold out to the China Manufacturing monster for profit and let American security go right along with it. Finally the US government has awakened and realized the threat. No your toaster or crappy vacuum cleaner is not going to attack you in the middle of the night but then again Google and Apple have a listening device in your home taking notes, let that sink in.

The threat is drones made by China have internet connections and they relay information back to the manufacture. DJI defends their actions and says the connection can be turned off, just try it. The drone loses a-lot of it’s capability. Laws created by the china communist party have been written that makes it mandatory for their manufactures to give this information to the government , starting to get the picture. Your nice little drone program has been spying on you for the CCP.

Here is the problem and how we got here. China steals intellectual property and copies it. Also in alot of cases the corporations just give the right to the communist country for the ability to manufacture there. No kidding, corporate America gives their secrets to the china government so they have access to their markets. I seriously wonder how much technology Tesla has lost and the massive amounts of development secrets they gave up. In the news it is becoming apparent Tesla might have made a mistake building a massive manufacturing base in china. It’s really not a big deal if your into the globalist group, these one world government leaders envision a weak America population enslaved to the us government. Just look what they have done to rural America. The past 20 years, post Bill Clinton , America Manufacturing has been decimated. Is the Stand going to happen and the beginning of the rebellion of the manufacturing comeback going to start with the Drone industry? Has the American Giant, “Made in America” made a STAND!

Florida Has made a stand!

No more china drones being flown by any government agencies after July 2022. Federal Legislation that was presented by Florida senators didn’t pass but it will be back. The US government has finally decided their love affair with china is a problem. I remember 10 years ago reading about china chip manufactures being used in our military jets. That china had the power to render certain components unreliable. What do you think the Huawei issue is with 5g. Do you think there is no threat, do you read the news about china’s efforts to overtake Taiwan. How does this all fit together. Taiwan is the largest semiconductor producer in the world. When drone manufactures get their supply of chips from Taiwan they are not supporting China and are protected from the CCP, that is for now. Are you starting to see the importance of defending Taiwan. All this gibber-jabber to get to the point that a major supplier for the US drone build revitalization manufactures components in Taiwan. Fortunately and finally congress has allocated money to bring back semiconductor manufacturing to the US.

Will the FAA require drone parts to be Type certificated?

It’s not Rocket Science, assembling a complete system and the technology already exists. You can even build your own working class drone with a 3d printer! China took over the market by elimating the competition, The fact that America wasn’t paying attention to the small class drones gave them a big advantage. Sense then they have attempted to work their way into the payload supply chain, look at infrared sensors or lidar. All in the name of getting cheep products into the market, but in the end that’s what you get, cheep china made crap. Why can’t an American company just reverse engineer and copy a Mavic drone, Because it’s UNETHICAL and Wrong! Wait until the FAA decides to require drone components be certificated. Oh yeah, you know like what is required to be airworthy compliant. TSO

Getting locked into a proprietary system (china drones)

One of the most difficult lessons learned purchasing drone setups is that manufactures use their own mounts for payloads, or their own code for controllers. This is to lock you down and keep you stuck in their world. Yuneec is a prime example, they only allow 1 camera on each drone even though they make many different cameras, they are not interchangeable, sounds dumb doesn’t it. You have to purchase a completely different drone to use a specific camera. DJI does the same thing. Where is the utility? Every time you change the mission you have to purchase a different drone. But thanks to Florida’s lead the china drones in the US should soon be a non-factor. Don’t get me wrong, there is not a one size fits all drone, big, little, sensors, payloads, there are deciding factors on the drone airframe but it would be nice if The REP-RAP community philosophy would apply. This is the thought that people share designs and work toward a better world through innovation and cooperation, like a universal payload adapter could be. Like This PIXHAWK PAYLOAD BUS OPEN STANDARD

Build your own eco system. A great place to start!

You will find there are a-lot of middle size builds available that can be Blue. Primarily because there are a few really quality control board manufactures that integrate into whole systems. It’s the smaller drones that require single board electronics and close tolerance engineering that pose the biggest challenge. Several of the middle to large Blue class drones are built with the Pixhawk standard in the PX4 ecosystem. Again with the payload standard these solutions come from top corperations working with the Dronecode Foundation to build a rock solid community for information and collaberation. The Industr leaders and companies that need the most recignition are Auterion and Freely

CubePilot is a Go!

“We are NDAA compliant, Executive Order 13981 Compliant. CubePilot PTY LTD is an Australian owned company, bringing you True Blue Allied and USA built solutions for your unmanned applications. Our Supplier, HexAero PTE LTD is also an Australian owned company based out of Singapore, our manufacturing is done by American and Allied owned Factories in California and Taiwan. “

What is CubePilot? (Talk about slogens and sound bytes)

Cubepilot is an Hex/Proficnc undertaking to provide Hardware and Embedded Software Ecosystem for ever evolving Civilian Unmanned Systems Industry. Hex/Proficnc Team understands the diversity of problems that can be solved using Unmanned Systems. And that, having ability to tailor the system for the application makes it possible to get the best out of this cutting edge technology. With Open Source and Community as the soul, Reliability and Validity as the character, Hex/Proficnc has been continually bringing premium hardware to the market. Cubepilot Ecosystem currently consists of Cube Autopilot range serving as the core with variety of Accessories and Carrier Boards developed with massive support from the Community and Industry.

I realize that the small drone industry is not a real technological feat for a-lot of brainy folks, I came from Navy training and have worked on military jets, you want to see some hitec look at the yf22, if you put these engineers on a universal drone build program the problem would be solved in 25 days minus weekends.

Here we are, at a decision point in a drone start up or retrofit. Who are the players and what are their products.

A couple of outstanding mentions are

This is actually our current project

I decided to use canbus ESC for the build. The ones I wanted were not available so I had to use the holybro version