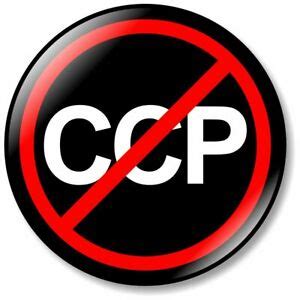 I get a kick out of this all America trend. So many companies invested heavily in DJI, just using the excuse that they had the best product at the best price. Well I don’t know maybe, but trends come and go and this trend is getting kicked in the teeth by uncle sam. Yeah, yeah free market competition, you don’t have to read to far back in time to see how DJI became the king. Myself I am so glad to sever the ties with long distance technical support and thinking I could be helping the enemy. Whatever, call them what you want, but they are still communist, which I’m sure there are some in the US government that wish they had that ultimate power. This is not a soap box it’s a way to help the current situation in the US Drone industry but with attitude.

American made is actually 10 times better than the silly plastic china engineering. Look at the control system of the latest upgraded f16. Nuf Said. So I have been taxed with building a ultramodern drone that can avoid running into stuff and look up. Like flying under a bridge and wanting to fly a level pattern looking up. When you look at the industry for the small, middle , and large drones you can see the larger drones are really moving at a great pace. Your gonna go to the local oval to watch racing drones, no more NASCAR BS, we are talking about flying an electric chromoly coffin. Happening! Heavy lift is looking pretty solid also. So what’s left is the middle and small units.

The drone industry started as open source and is the reason it is advancing as fast as it is. Yes, there are proprietary solutions, but the innovation and the backbone of it are around open source and open hardware. You can see there are large drone companies involved with the open source communities like drone code and PX4. Yuneec is one of them, they use the power of open source, but then lock it down when it comes to customers wanting to develop on their platform. Sounds like a China attitude, All that communism and bowing down to the king stuff. No thanks, Their platform is not really that good anyway, If you read other posts it’s quick to realize the company is not that good and neither are their products.

What needs to be established in the drone services industry is a standard and an American one. Not built around DJI or other Chinese manufactures but an American solution. Sure you can go buy that mavic 3 and make some great videos but your just supporting a really bad company and an enemy of the US, sure you can sugar coat it but read the news and do some research on the dictator running the program over there. You think it’s just happenstance that the US government has banned DJI. Of course it was a Trump EO but for some reason the Biden admin has gone along with it. I guess the Biden family must not be invested in DJI or Nancy Pelosi or that other calf senator (Feinstein) that had a china spy driving for her for 20 years. My point is take a gamble, think somehow DJI wiggles out of this and go invest in a matice instead of a comparable US product. The US drone industry is on fire and will consume the china manufacturing base in a couple years.

YES a standard. Assembled parts that can be purchased by anyone, a support group that assists in development and innovation.
And it’s already there my friends so now lets put together some parts and pieces and see how much it’s gonna cost

Medium size Our medium size blueprint would be a frame similar to The Astro A beautiful Made in the US machine. Another example is the new Sony entry into the fold. Simple and very expensive


From what I can tell DJI just kills this market with their offerings, not gonna name names cause these need to be lost memories. The us middle weight series do pretty well but they are still twice the cost so that needs to be explored and improvements made. When you get in this class you start to see common pieces, PX4, pixhawk, Qground control, Here eco system, Auterion,
This is a class were are building for agriculture inspections. The US made options are there and almost affordable. We are testing the Auterion Skynode and believe this is the ONE! The payload system fully compatible is Gremsy pixy F and their camera selection is top of the line

Small build options
The small class drones are straight DJI and this is just a shame. This latest entry from japan is their nations attempt at cutting ties with China and looks great. The US Skydio2 is an offering but just a total scam with marketing and the actual cost to operate the drone.
We are building in this category for a bridge inspection unit and are testing with the gremsy payload system. The programming and application software are just as important as the hardware and this a specific build for inspecting bridges. I brand new unit we had been considering was the Parrot AI, this unit having 4g cellular with wifi as control connections, this looked promising except it’s made in china, to bad for Parrot a French Company. Also 1 battery is 400 bucks, so your looking at a 6000 minimum startup and have a small very tight unit with a fixed payload. Ok so I guess you purchase several so you have a spare and a parts bird, your not going to replace a damaged support if you have a mishap and getting it repaired will take forever. The secret to simplicity in a build is modules. Just like aircraft jet engines, separate the build into modules that can be interchangeable. If you crash your unit you have to be able to fix-it not just purchase another. Also each module has to be repairable. For instance the struts should be interchangeable, rebuildable and testable. Put it on a jig, apply power, run it up and check for vibration then return to service.

Small drone for bridge inspection build:
We like the Skydio X2 frame design. simple with a camera gimbal that looks up. A frame like this would be prefect. This is a great
target for a small build. Maybe just purchase the X2, but that support system doesn’t hunt, we would rather build open source.

This is an option we might just buy right out fully assembled, the frame is not really what we want and the ability to look up is an issue but the assembly of the components into a complete package is top notch. Our response from the manufacture was this is just a testing unit for their system and not a production tested drone. This has some innovative features, the battery security system and the battery look efficient in design.

Because this is an active post that is about current available products and a current build exploration we will continue on the next post. A couple comments to tidy things up.
Building in-house drones is not a new concept in fact it’s the way it should be.
There is a robust and active on-line community for developing every type of robot you can imagine and the flying drone section has some major players who we are trying to highlight. Dronecode and PX4 are the driving forces and the place to get additional information on advances and trends. Finally open source is the answer for rapid development of the US drone industry. Next we will detail the components we have selected and progress on our 2 builds

This is an outstanding university study about drone bridge inspections with some real insight into the process Their conclusion:

The results presented in this paper demonstrate that the proposed UAS can maintain position hold in a GPS-denied environment with performance superior to a standard COTS system using GPS. In addition, the hybrid altitude algorithm was also shown to improve altitude hold performance in a GPS-denied environment as compared to a barometric pressure base system. While the system was able to be utilized for a number of real-world bridge inspections, there are still areas for further improvement. The first is improving the reliability of switching between GPS navigation and the GPS-denied algorithm as the system requires a full view of the bottom of the bridge deck and would struggle at the edges of the bridge where only a part of the bridge deck was in full view. In addition, stereovision can be explored for further performance improvements as it can generate individual depths for each feature point instead of the current proposed algorithm which averages all the feature points and assumes a uniform standoff distance. The utilization of this proposed UAS presents a novel approach which may ultimately enable unskilled pilots to successfully navigate the inspection of bridges and other structures enhancing safety and reducing cost.

Again a nation see’s the threat and changes national policy to counter the China syndrone.
in September 2020, the government announced a policy of “limiting procurement to security-guaranteed drones” and “promptly replacing existing drones and demand for drones with high security.

ACSL Ltd. has developed a secure small aerial drone “SOTEN” to prevent leakage, extraction, and hijacking, and to enable safe and secure use of drones in all industrial applications. The goal of “SOTEN” is to nurture domestic drone component manufacturers as well as protect domestic technologies both in developing and application use of drones

Motors and ESC that are trend setting. https://zubax.com/products/uav_propulsion_kits#Variants

American manufacture of a great product is revealing. Not A China Clone!