first unveiled in 2018, LIFT aircrafts has developed an electric vertical takeoff and landing (eVTOL) aircraft and plans to open up LIFT locations where anyone will be able to rent the hexa aircraft and experience and entirely new kind of flying — pilot’s license not required.

‘flying is probably the oldest and most enduring of human aspirations,’ comments matt chasen, LIFT aircraft founder. ‘personal aviation is available today but it’s only accessible to the lucky few with the money, time and skill to get the extensive training needed to fly traditional aircraft. at LIFT, we’re making flying so simple, safe and inexpensive that anyone can do it with very little skill or special training. we’re truly consumerizing flying for the first time in history.’

for its venture, LIFT aircraft has created an aircraft dubbed hexa. the eVTOL resembles a large drone with 18 sets of propellers, motors and batteries. it has one seat for the pilot and weights only 432 lbs — which qualifies it as a powered ultralight by the FAA so no pilot’s license is required to fly. the electric multirotor aircraft is able to fly using something called distributed electric propulsion (DEP) which allows it to be controlled simply by varying the speed of its multiple electric motors — a task that is accomplished by flight control computers. 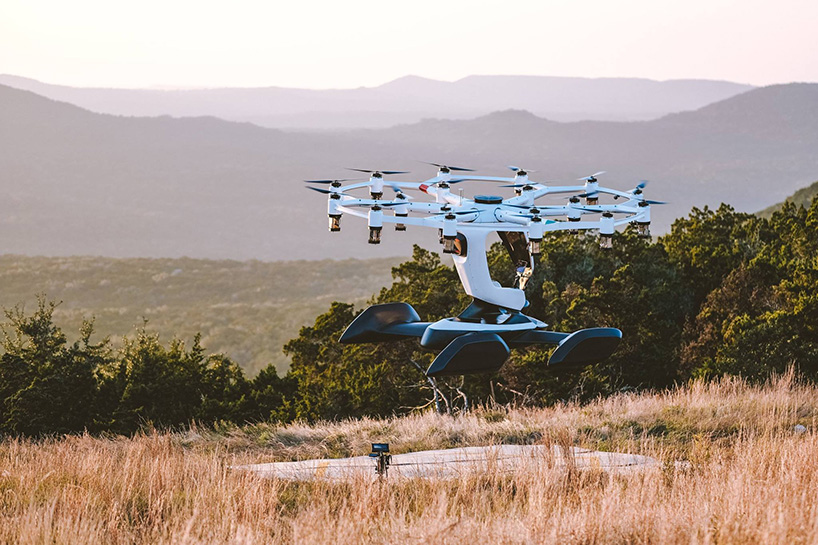 ‘the pilot is not flying the aircraft in the sense of traditional helicopters and fixed wing airplanes’ says colin guinn, a drone industry pioneer who has held leadership roles at DJI, 3D robotics and hangar technologies. ‘with DEP aircraft, like with drones, the flight computer is keeping the aircraft stabilized and the pilot merely provides control inputs using a joystick.’ 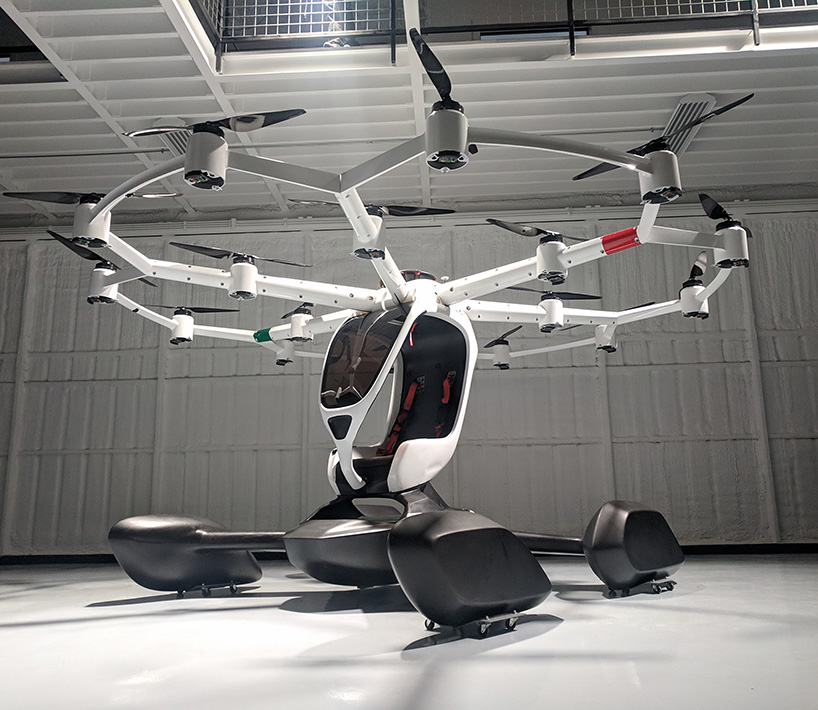 ‘LIFT’s safety will come not just from the simplicity and redundancy of the design, but also from the fact that flights will take place in very controlled environments – 3D mapped areas where on-board sensors and ground based radars can track every aircraft and obstruction… and flights will only take place in good weather conditions,’ says charlie justiz, former chief of aviation safety at NASA.